One Vision, Many Members

AIIHPC has worked since 2011 across research, education, policy, practice and public engagement. We work with a group of visionary members who recognise the value of working together to achieve a better, richer experience of palliative care for people with life limiting conditions.

Together our 27 members have seen first-hand how this collaboration has led to greater investment in palliative care research, a more co-ordinated approach to training healthcare professionals and improved engagement with people with life limiting conditions, carers and the wider public, which is helping to inform future policy across the island of Ireland. 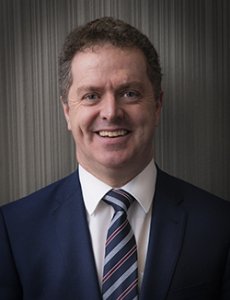 Fintan Fagan became Chair of the All-Ireland Institute of Hospice and Palliative Care in September 2018.

In June 2015, Mr. Fagan was appointed as the Chief Executive Officer of St. Francis Hospice Dublin. During the previous six and a half years, he worked at the Mater Private Hospital, Dublin, firstly as Chief Operations Officer and latterly as Deputy Chief Executive Officer.  He was Secretary/Group General Manager of the Rotunda Hospital, Dublin for over six years prior to joining the Mater Private Hospital.  Before then he was a Manager with the Hospitaller Order of St. John of God and worked as Secretary Manager of St Patrick’s Hospital/Marymount Hospice Cork from 1993 to 1996. He started his career in the U.K., working in various accounting positions with the Institute of Cancer Research, Royal Cancer Hospital, London.

Fintan holds an MBA degree in Health Services Management from the RCSI and UCD.